When we do research on game users, how to analyze player churn rate and how to keep them for a long time is one of our very important concerns. Whether we are analyzing the problem from a market demand, product flow, or product content perspective, what we want to understand is how to better improve the user experience and how to better engage the users. “remain”. The games have a strong interaction with all the users. How retaining players is an issue we want to explore further?

We can often hear people asking “why has Fantasy Westward Journey continued to attract so many players for so many years?” “,” Why does the ghost persist? “. Grip, best memories, fun, history are answers we often hear. In day-to-day work, user researchers often connect to many games in their demos, beta tests, or upon release, and we typically analyze the loss and retention of players of various dimensions, including core gameplay, plot content, combat experience, social system, and tutorial tips.

In addition to these immediate executive-level analyzes, there are also many studies and discussions in academic terms, and some systematic theories have been built to analyze player retention and reflect on the reasons for player churn and retention. This time around, we’ll take a systematic look at MMORPRG (Massively Multiplayer Online Role-playing Game) to see how in-game elements affect player retention.

Numerous studies have argued that gaming products are inherently binding, that is, there are many natural constraints that would cause gamers to quit gaming. However, that the constraints can be weakened if the players use strategies in the game, or if the design of the game product facilitates the use of these strategies by the players. They call the first “game constraints” and the second “negotiation strategies”.

(1) interpersonal constraints. For example, players lack social interaction with other players in the game, lack the company of others during the game, etc.

(2) Constraints for personal reasons. This generally refers to the players’ assessment of the enjoyment and playability of the game, i.e. they think the game is not fun enough, interesting enough or challenging enough, etc.

(3) Structural constraints. This refers to external factors other than personal reasons, and generally refers to the high cost of time and money required to play the game. If all three of these constraints are present in the game, players can easily quit the game.

If players adopt certain negotiation strategies proactively or when guided by a certain game design, they can resist or compensate for the impact of in-game constraints and improve their retention intentions. The strategies are cognitive and behavioral. build socialization in the game, etc. More specifically, these strategies can be divided into four types:

(1) interpersonal strategies: building social networks inside and outside the game, meeting friends who play together, etc.

(2) time strategies: adjust the time players need to invest in the game or strengthen player time management so that players have more time to play the game;

(4) cognitive strategies: improve the recognition by players of the importance of the game, that the game is worth playing.

(1) What trading strategies are most likely to retain players?

Among the 4 strategies that we mentioned above, MMORPG players favor and most often use interpersonal strategy, that is, the social network built inside and outside the game will maximize the intention to retain players.

The influence of the 4 strategies above on player retention is: interpersonal> temporal strategy> cognitive strategy> economic strategy. In other words, players are more likely to stay in the game because they have friends outside of the game for joint chats, creating in-game groups, etc. For example, when we play Ghost game, if we don’t have a team or any of our real life friends to chat with us, it is difficult for us to even form a group to complete the daily task. Over time, we are likely to leave the game.

On the contrary, if we are involved in a guild in this game, or if we meet an interesting friend, i.e. when we have established a close social bond within the game, we are probably looking forward to connecting. every day to spend time with friends in the game, to help friends to play dungeons.

Therefore, for MMORPGs, the design of social interaction is a very important factor affecting player retention, and settings like guilds, neighbors, and dating are all negotiating strategies we’re talking about. This is the underlying reason why we need to focus on these playstyles when researching MMORPG players.

(2) What factors influence the use of trading strategies by players?

We just mentioned that applying an interpersonal interaction strategy can promote player retention, and this precisely shows that social interaction has a big impact on MMORPG players. However, there are many other factors besides interpersonal interaction that influence the use of negotiation strategies by players and social interaction is the most influential factor. Motivation to play MMORPGs affects the use of trading strategies by players, which in turn affects retention intentions in the game. The reasons that drive gamers to play MMORPGs can be divided into 3 types:

(a) immersion motivation – players get immersive experiences from their activities in MMORPGs;

(c) social motivation – the motivation to interact and build relationships with other players in the game.

Of the three motivations above, the one that has the most impact on the use of negotiation strategies by players is social motivation, especially on interpersonal strategies. When we researched churn players in the past, a lot of MMORPG players said that they joined a guild and met a lot of friends when they played the game before, and they also created SNS groups, online discussion channels. They just came back to keep playing because of a word from a friend even though they left the game for a while and it has happened quite often. Motivating players to interact with other players in the game will lead to their application of all negotiation strategies, especially interpersonal strategies.

(3) Why can social motivation and interpersonal strategies hold players back?

The answer is the accumulation of social capital in the game. MMORPGs are like a small society, where the game builds a large social network for the players, and the players do all of their social behavior online within that network structure. . A very important reason why players stick around to make friends in the game or have intimate social interactions in the game is that the social network and social behaviors in MMORPGs allow players to accumulate social capital, that is, that is, player-to-player connections. Capital is easy to understand and we can think of it as the resources we have. When we have more resources, we naturally tend to stay and use them. “Psychological capital”, which refers to the positive psychological resources we have, makes us better able to create value and make us happy. And “social capital” refers to a person’s access to certain resources due to a certain position in the social structure.

Wedding scene in the Ghost》

Concretely, these connections are divided into two types: one is a weak connection but a large social network, and the other is a strong intimate connection but a relatively small social network. Both types of social capital accumulation can increase players’ willingness to stay in the game, with broader social connections turning out to have a greater impact in some games. For example, the game’s daily quests require players to team up to complete them, and we also discuss the content of the game with our friends in our daily life. 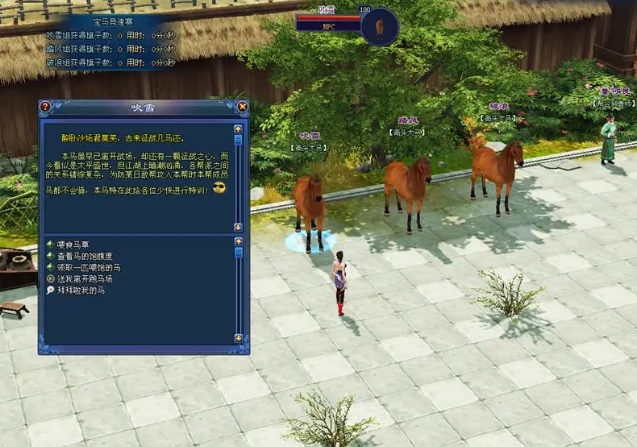 Complete guild quests in the Ghost》

In general, MMORPG is a game category with strong social interactions, from quest design to character growth system and its economic system, which requires players to acquire resources through social interactions in the game. D ‘According to some current research, the factors of social interaction and interactions with other players are important influences on whether players can use negotiated strategies to resist the constraints of the game and stay in the game. Existing conclusions are questionable due to sampling and time constraints, and may not be applicable to a specific MMORPG, they provide us with avenues for further thinking: how to optimize social networks and structures within MMORPGs to improve performance. retention of players; and how to focus on social interactions in games when analyzing the causes of player attrition. These are the issues that we can focus more on when researching game users.